From the time he was a boy, Bill began building small wooden boats. At age nine he built an eight foot pram on his own from marine plywood, and then at age thirteen, he built a twelve foot cat boat based on a model he saw in north Biloxi. Bill continued to hone his craft throughout his teenage years. He graduated from Biloxi High School and continued on to welding school at Ingalls Ship Building. Holland entered the U.S. Coast Guard in 1965, but got out two years later due to the death of his father. He returned to Ingalls and continued working nights as a welder and worked during the day as a boat builder.

Bill Holland married Opeal Wood from Vancleave, Mississippi. The couple had two daughters, Audrey and Teresa, who worked with their father by assisting him with boat construction. Bill Holland has become a well-known name across the Gulf Coast as a master boat builder, he has also built fish boxes for pickup trucks, boat davits, mounts, booms, gaffs, pilot houses, trawler cabins, and U.S. Coast Guard certified fuel tanks and water tanks. In 1994, he was selected by the U.S. Coast Guard to rewrite the NAV Rules and Regulations for wooden boat maintenance and repair. He has been consulted by the Coast Guard each year in their process of teaching new inspectors. Holland has also provided consultation for customers across the United States and parts of Central America. William “Bill” Holland developed many of these skills as a small child, but perhaps the most important skill he picked up in those years was his understanding and value of hard work. 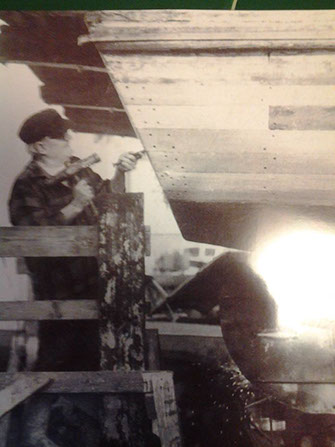 William “Bill” Holland is a master boat builder from Biloxi, Mississippi. He is the son of Elvia Holland from Louisa, Louisiana, and Thomas Holland of Vancleave, Mississippi. Thomas Holland worked as a commercial shrimper to provide for his family, employed through Southern Shell Seafood. William Holland was born March 16, 1946, and got his start at an early age. From the time he was four years old, his mother Elvia would drop him off at David Fayard’s boat yard, before proceeding to her job of picking shrimp and shucking oysters for Southern Shell. Bill spent much of his early years moving from boat yard to boat yard along the Gulf Coast, and learning many skills along the way.

At first he simply watched the other builders as they worked, but in time, he came to assist them by holding planking, retrieving tools, and running errands. In this way, he received firsthand experience in the process of repairing and building boats. Bill Holland grew up among many established names in the industry including: Francis Brander, Homer Fayard, Gussie Fountain, Son Moore, Walter D’Orville, Henry Fountain, Walter Fountain, Nick Misco, Randolph Fountain, Tony Jack Covacevich, Neal Covacevich, and Shannon Eleuterius. From his exposure to many of these legendary figures across the coast, Bill began to develop his own style based upon the expertise he had seen in their work. 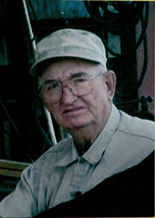