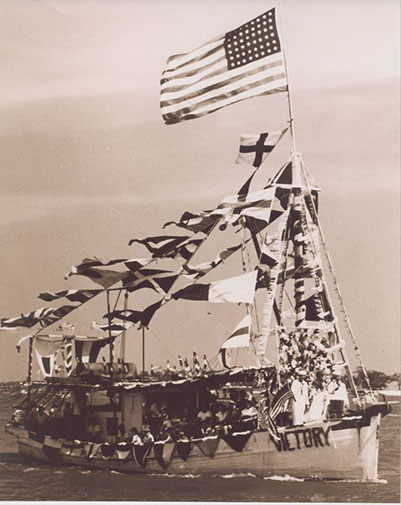 A working shrimping and oystering boat, Victory serviced DeJean Packing Company and worked the Mississippi sound for more than thirty years.  In 1950 and again in 1951, Victory was chosen as the “Best Decorated” boat during the annual Blessing of the Fleet ceremony.

Victory was sold in 1974 to Tony Ferrante and Bob Erskine of Bay St. Louis, Mississippi.  In 2005, the Victory was destroyed as a result of Hurricane Katrina.