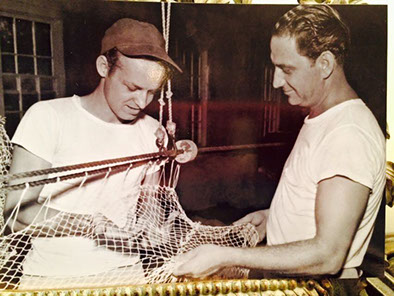 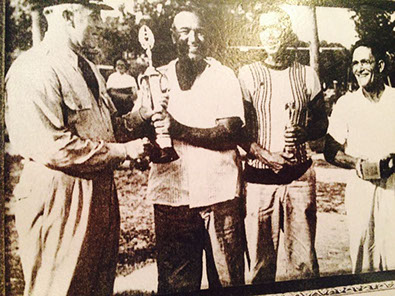 Seageous Leleaux was a boat owner and captain from Biloxi, Mississippi, who was a frequent participant in the annual Blessing of the Fleet.  Leleaux is remembered for a vessel he captained for year, Bidwell Adam, named the Mississippi Lieutenant Governor.

Seageous was born in 1930 and grew up to become an integral part of the seafood industry. For many years, Seagous piloted the Bidwell Adam for the Victory Packing Company located in the Point Cadet neighborhood of Biloxi. For over a decade, this boat was used to transport shrimp, oysters, as well as crabs in the summer months, to the processing houses owned by the company. In 1949, Seageous married Birdie “Bea” Granger of Lafayette, Louisiana. Seageous and Birdie would enjoy thirty-six years of marriage and were blessed with two daughters; Sandra Leleaux York and Tammy Leleaux.

Seageous Leleaux rose to local prominence in his community during the 1950 Blessing of the Fleet ceremony. An article from the Daily Herald from August 7, 1950, documents the inclusion of the Bidwell Adam in that year’s ceremony, in which it was honored with the award of “best decorated boat” in the parade. Captain Leleaux was presented with the Bernard Taltavull trophy by Brigadier General James F. Powell of Keesler Airforce Base. The Bidwell Adam was colorfully wreathed with balloons and other decorations as it had been on many other Blessing of the Fleet events. Following this trend, Leleaux would continue to captain the vessel during more ceremonies, earning a name for both himself and this vibrant boat.

Seageous Leleaux lived a joy-filled life along the Mississippi Gulf Coast until his death in 1985. His wife would live on to recount stories of his life. Leleaux was one of many boat captains who became synonymous with the iconic vessel  he captained. Leleaux stands out among them all for the splendor that went into his presentation of his ship during the many Blessing parades. Leleaux’s love for both his home, family and his profession shined through, as vibrant as the elaborate decorations upon his vessel.