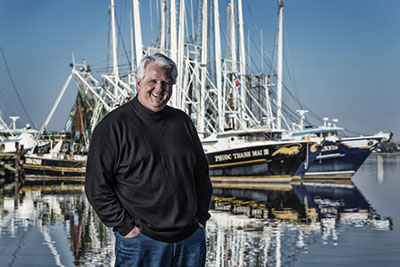 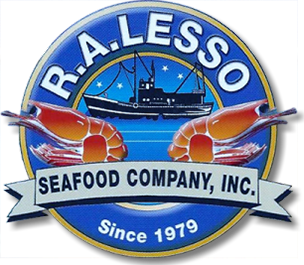 Lesso’s son, Rudy Lesso, became a captain of his own boat and was an avid fisherman throughout the early twentieth century. By the mid 1950’s shrimping at hit a slump, Rudy Sr. took work on oil boats which traveled around the world. After ten years of working in this profession, Rudy returned to the Gulf Coast upon hearing word that the shrimp industry was taking off again. His son, Rudy Jr. graduated from college and worked for Chevron as a sales representative for a number of years. Working out of Miami, he managed twenty-five to thirty full service gas stations. Despite his success, he had a deep love for the Gulf Coast and ultimately sought to return. He briefly worked for Merrill Lynch in Mobile, Alabama as a stockbroker before returning to Biloxi in 1976.

Rudy Jr. joined his father’s crew upon returning to the Coast, and by 1978, he made moves to begin business in seafood processing. He established R.A. Lesso Seafood Company, the business evolved to house three segments of operation: individually quick frozen, value-added, and standard processing. Despite being one of many factories, R.A. Lesso Seafood held its own and even withstood Hurricane Katrina, despite suffering damages. After the passing of his son, Rudy Lesso III, Rudy, Jr. was aided by his nephew Jesse, who assists in the day to day operations of the plant.

The R.A. Lesso Seafood Company is best described by a quote Rudy, Jr. once made, “The biggest part of this business is loving what you do.” To that end, Lesso’s company embodies one of the most fundamental traits of the people of Biloxi and the entire Gulf Coast, a passion and love for the maritime and seafood industries

R.A. Lesso Seafood Company was a commercial seafood processing business in Biloxi, Mississippi. The company was founded in 1978 on East Bayview Avenue. The story of the company began in 1905 when Sam Lesso, Sr. immigrated to New Orleans from Croatia. He and a group of Croatians jump ship and journeyed to Biloxi upon hearing word of the budding Croatian community along the Gulf Coast. Despite the language barrier, Lesso immediately found work in Biloxi.