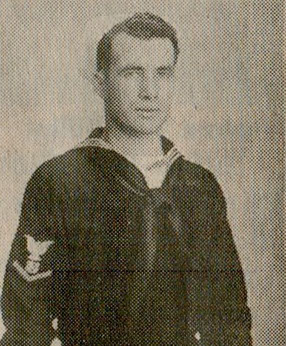 Peter Misko was a boat captain and firefighter from Biloxi, Mississippi. Born on January 13, 1914.  He was the son of Peter Dominick Misko and Katrina Skrmetta, natives of Bobovisci, Dalmatia, Austria. Peter was one of eight children in a family where every member worked. While the men and older boys worked out on the boats, the women and children took jobs in the factories. Peter began working as a child shucking oysters. Because of his short stature, he stood on a wooden Barq’s Root Beer crate to reach the shucking table. Peter attended school up to the third grade, when became a full-time factory worker.

As Peter reached his teenage years, he began working as a deckhand on various factory vessels. This first ship he worked on was the Lawrence S captained by his Uncle Lawrence Skrmetta. On some occasions he worked as a deckhand for his father. By the time he was twenty years old, his early experiences as a shrimper and oysterman qualified him to captain factory boats. Peter continued working along the coast until June of 1941, when at age twenty-seven, he joined the United States Navy.

Peter Misko was assigned to duty on the U.S.S. Courlan AMC 44, this vessel was a coastal minesweeper. Because of his maritime experience, Misko was given the rank of Seaman 1st Class. By January 5, 1942, there were fifteen men working aboard the Courlan, and the Naval Base at Burrwood Plaquemines Parish, Louisiana served as its base of operation. The vessel served to escort convoys from the Gulf of Mexico up the eastern seaboard. If the crew encountered a mine, they would raise the device and detonate it. On one occasion while serving at the helm of the ship, Misko spotted the low black outline of a German U-boat near the mouth of the Mississippi River.

At the time of his discharge from the military, Peter had been given the rank of Coxswain 2nd Class. Misko returned to Biloxi and on December 17, 1945, he married Gladys Mae Cowart. They raised four children; Elizabeth, Katherine, Jeanette, and Louis. From his time spent in the military, Misko was able to find work captaining various ships for the Mavar Shrimp and Oyster Company.

In the early 1950s, he joined the Biloxi Fire Department and worked at both the East End and West End stations. Misko would enjoy a nearly fifty year career with the fire department until 2010, when he retired following the passing of his wife. Peter Misko celebrated a long and rich life, reaching his 101st birthday in 2015. On May 21st of that same year, Peter Misko passed away, leaving behind a legacy. As both a World War II veteran and a maritime expert, Peter exemplified many of the values of his own generation as well as the greater Gulf Coast.  He served his community in a multitude of ways, from sweeping for mines at sea to fighting fires on land, yet it all began shucking oysters atop a Barq’s crate.