Skrmetti founded the Skrmetti Trawl and Net Company in 1927 in Biloxi, Mississippi. He would manage this company for two decades. By 1947, Skrmetti transferred ownership of the company to his father-in-law, Spurgeon Thomas Borden, his daughter Mary Ann Skrmetti, and son Patrick F. Skrmetti. By 1955, Marry Ann Skrmetti’s interest in the company was transferred to Paul Skrmetti’s oldest son, Thomas John Skrmetti Sr. The business ran for approximately thirty seven years until its closure in 1964. The Skrmetti Trawl and Net Company was a fixture of the golden age of Biloxi’s seafood industry. Thomas Skrmetti would carry on the family tradition by producing trawls well into the 1980s, assisted by his sons.

Paul M. Skrmetti passed away on June 26, 1968 in Pascagoula, Mississippi. He is buried in the Biloxi City Cemetery. Like many other prominent members of the seafood industry, Skrmetti arrived from Yugoslavia and found his fortune in America, but he is unique in his accomplishments in trawl patenting. If one thing has held true throughout his family’s work, it’s that their love for the Gulf Coast has inspired wonderful accomplishments in their lifetimes. 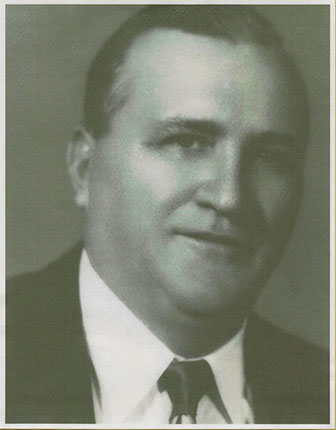 Paul M. Skrmetti was an industry tradesman who is remembered for his patents for the floating trawl and floating trawling fish seine. He was born on December 28, 1895 in the village of Bobovisce on the Isle of Brac. He was the nephew of Nicholas Skrmetta, one of the first Yugoslavians to migrate to Biloxi. In 1906 at the age of eleven, he and his family sailed from Palermo, Italy aboard the Lazio and arrived in New Orleans on October 26. He would not be officially naturalized until 1920, this took place in San Pedro, California where his occupation was listed as “fisherman” and his address was listed as Pine Street in Biloxi, Mississippi. In 1923 he married Tinah Athaline Borden.

Skrmetti’s rise to prominence came during his time in California. In late 1920, the Division of Fish and Game issued a permit to Paul Skrmetti in San Pedro to fish for shrimps with a trawl in Southern California waters. He had spent time in Florida where he gained experienced shrimping with trawls. Skrmetti made use of the small otter trawl, which was often used in Florida for shrimping, for experimental fishing in California. The Division of Fish and Game required that he keep a record of his hauls, the data he compiled proved his experiment was a success. On February 26, 1924, the floating trawling fish seine was patented, followed by the floating trawl on June 24, 1924.