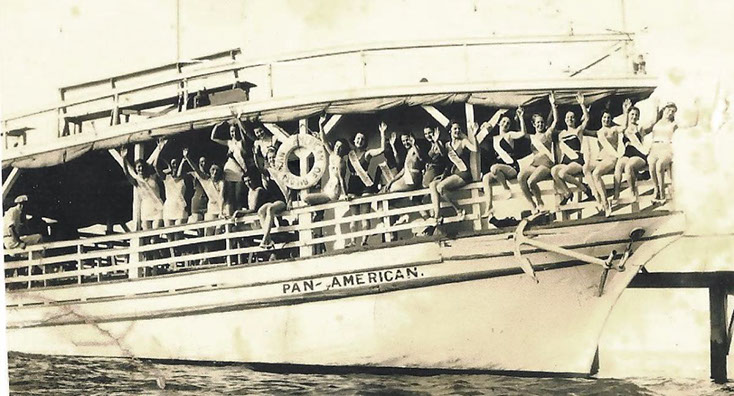 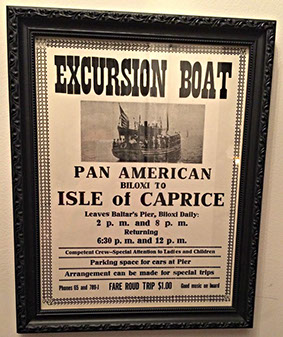 In the early 1920s, Peter Skrmetta, Sr. realized a long-held dream, he commissioned his own schooner-lugger.  He’d worked as a captain on many of Biloxi’s now historic fishing vessels, but longed for his own boat.  Skrmetta’s boat was built by the legendary Martin Fountain, master boat-builder at the Fountain Shipyard in Biloxi. The boat was named Pan American.  Skrmetta was a Dalmatian immigrant who was fiercely proud of his American citizenship and the chosen vessel name was representative of his pride in his homeland of choice.

The Pan American was a working fishing vessel that was also utilized as a ferry to island locales when not fishing.  It was part of the storied history of the Isle of Caprice, an island resort that ultimately sank back into the Gulf.  In 1932, the Pan American then began ferrying tourists and local residents to Ship Island.  The Skrmetta family has continuously operated Ship Island Excursions for more than 85 years and is still in operation.

The measurements of the Pan American were:  length 71.9 feet, breadth 19.2 feet, depth 4.3 feet.  It weighed 41 gross tons and possessed a diesel powered engine.