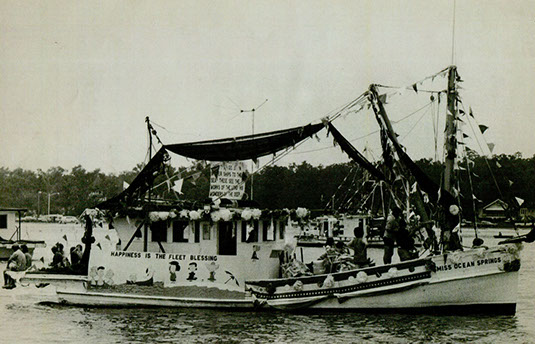 Built in 1941 by Jules Galle, Miss Ocean Springs was a wooden Biloxi lugger with the following measurements:  length 40.7 feet, breadth 13.5 feet, depth 3.4 feet.  It weighed 14 gross tons and was powered by a 165-horsepower engine.

Miss Ocean Springs was owned by Elmer Williams of DeJean Packing Company when it sank in the channel under a heavy load of oysters.  Williams would ask Thomas Schultz, who was known for his diving abilities, to try and raise the boat and he would offer to sell it to him if he succeeded.  Schultz was successful in raising Miss Ocean Springs and became the owner and captain.

After Schultz retired in 1976, he gave the boat to his daughter and son-in-law.  Miss Ocean Springs remained in operation until Hurricane Katrina in 2005 destroyed the vessel. 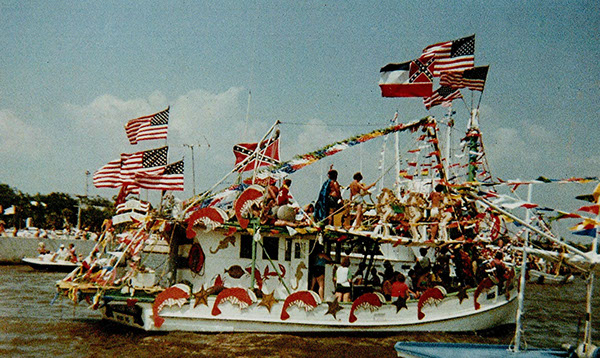