Under his leadership, the company has weathered numerous storms, both literal and figurative. The first trial came with the downtrend of the seafood industry in the late 1990’s. Within the next decade, Hurricane Katrina ravaged the Gulf Coast, causing catastrophic damage. The company weathered both the economic recession and the BP Oil Spill of 2010, an economic crisis for the seafood industry. Despite all of this, Mark Ederer and R.F. Ederer Co. have persevered and continue to meet the needs of the Gulf Coast fishing industry. Mark Ederer honors his family name through his unending devotion to their legacy. 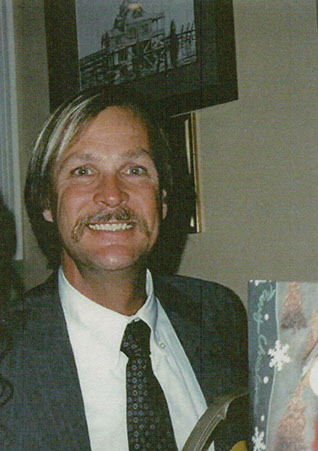 Mark R. Ederer is a businessman and current CEO of R.F. Ederer Company Inc., he is the son of company founder Robert “Bob” Ederer. Born in 1956, the same year that Bob Ederer founded the Coastal Net and Twine Company, Mark grew up highly involved in his family’s business. He started his career during his high school years, working with his father on weekends and holidays at the Netting Plant. In 1969, Bod Ederer established a new plant under the name R. F. Company Inc. The Ederer family come from a long line of netting manufacturers, originally hailing from Chicago, Illinois, Mark R. Ederer is the 4th generation of his family involved in the netting business.

As time went on, Mark Ederer continued working at his father’s plant, learning various aspects of the business and earning promotions as he went. Upon the death of his father, the Board of Directors recognized all of the knowledge and skills which Mark had compiled over the years and saw fit to place him at the helm of the business. In the spring of 1991, the memory of Bob Ederer was honored and Mark was promoted to President and CEO of R.F. Ederer Co., Inc. Following his promotion, Mark has continued to work with fishermen and corporations alike throughout the Gulf Coast.