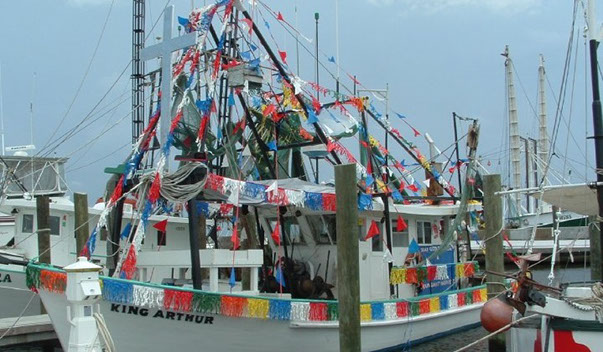 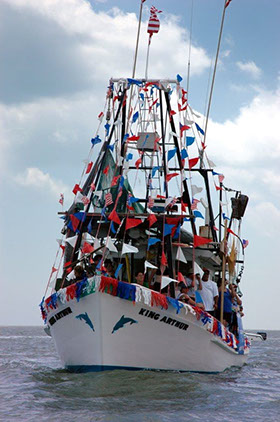 The wooden hull, single-rig Biloxi lugger, King Arthur was cut out by master boat builder, Bill Holland, and assembled by the 1994 Blessing of the Fleet King and lifelong fisherman, George “Nidgy” Peleaz and his son, George, Jr. in their backyard at Howard and Crawford Streets.

The King Arthur was launched in 1980 when Ronald Baker, its owner, embarked on his second career as a fourth-generation commercial fisherman.  Ronald worked the vessel single-handedly with only the help of his sons during their school vacations.

Captain Baker and King Arthur have been featured in The National Fisherman magazine on more than one occasion and they have appeared in several local publications and newspaper articles.