In 1937, Junius Roland Creel was born into a family steeped in the Biloxi seafood industry tradition.  His grandfather, Roland Creel, was a shrimper and his father, Francis R.C. “Junius” Creel was the owner of Creel and Sons Trawl Company.  Junius was educated in the Catholic schools of St. John School and Notre Dame High School.

Junius began his working life by making nets in his father’s trawl shop.  But in 1960, when his father accepted an outboard motor as payment of a debt, a new Creel family venture was born:  Dale’s Outboard Sales.  Junius, being the oldest son, assumed the management of the new business and learned the trade of service, sales and repair of outboard motors.  In 1979, Junius purchased the business from his father and moved it right across Reynoir Street from its original location and renamed it Seven C’s Marine.  The name Seven C’s represented Junius, his wife Sylvia Landry Creel and their five children:  Vicky, Theresa, Patricia, Helen and Junius Jr.

Seven C’s Marine quickly expanded from service and repair to the sale of pleasure craft as large as twenty-five feet in length and large horsepower outboard motors.  The service department also expanded to provide motors, parts, and service for many of the coast’s charter boats and shrimping vessels as well as servicing recreational fishing boats.  Seven C’s Marine has been named a Yamaha Key Dealer and has received a dozen Yamaha “Best In the Class” awards and ten Nauticstar “Top Ten Dealers” awards.

As of his induction into the Maritime and Seafood Industry Museum’s Hall of Fame, Class of 2014, seventy-seven-year-old Junius Creel is still hard at work on Reynoir Street, putting in forty-plus hour weeks.  Like his father before him, he is passing the knowledge of the family business on to his children.  Junius, Jr. and Helen continue the tradition of working the Creel family business.  Grandchildren beginning to learn the business are the fourth generation of Creels working in the marine industry.

In his younger years, Junius loved to fish and shrimp.  He enjoyed passing his love of the Gulf of Mexico onto his children.  When shrimp season opened each year, the family would spend time dragging the net and children learned to sort the shrimp, crabs, fish and other creatures from the picking box. Now he passes those maritime traditions down to his grand and great-grandchildren.  He tells the stories of old timers of Biloxi and of the history and heritage of the seafood industry; the industry that built Biloxi. 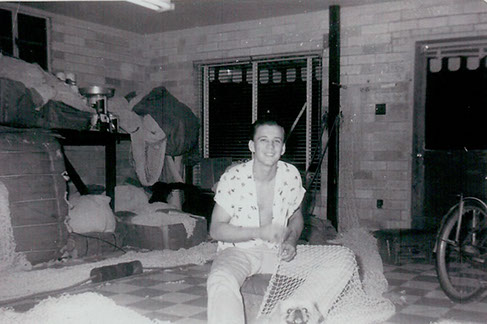 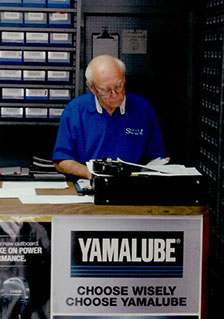