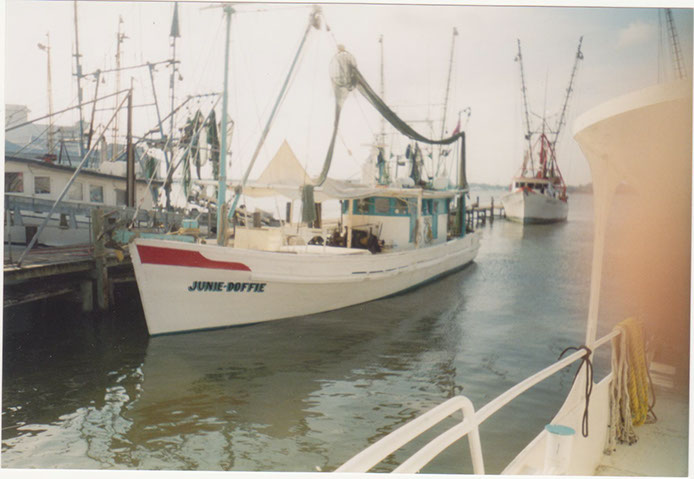 Built in Biloxi, the Junie-Doffie was the dream-boat of Capt. Eley Ross.  During his early fishing career, Eley operated many boats:  the Wild Cat, Dorothy T., Peg Ross, Lathie W. and Ethelyn R.  But in 1965, his dream of building his own boat was realized with the completion of a 50-foot Biloxi lugger Eley named the Junie-Doffie (named for his two sons).  The vessel was launched in Biloxi’s Back Bay with the entire family on hand.  He would work fulltime aboard the Junie-Doffie until he was 80 years old.  After selling the beloved lugger to a great-nephew, Eley continued to work from a small fiberglass boat until he was 84.