Joseph began working as a boat builder and would spend his life working on this craft along the Gulf Coast. The one exception to this stint came during World War II, a period of time that saw Joseph and his brothers Nick and Steve stationed at Higgins in New Orleans. During this time, both brothers constructed PT boats for the military. After returning home to the coast, he worked at his brother’s shipyard on East Howard Avenue. This shipyard would later become Sekul’s factory and is the present day location of the Palace Casino Resort. Through their work at the shipyard, Joseph and his brother became known as Master Boat Builders. Ms. Ely Ross was quoted saying “That no one could build boats like Joseph and Nick Misko.”

Joseph constructed boast for the Mavar and Kovacevich factories. Some of these boats included the Lucille, the Island Clipper, the Joe J. Sr., the Miss Janie, and the Cajun, among many others. Joseph Rocco Misko Sr. passed away on May 27, 1990. During his time in the Seafood Industry, Joseph was able to contribute a commodity that made every aspect of this industry possible: boats. Designed with great love and care, Misko is yet another example of how far passion and dedication can take an individual invested in their work upon the Gulf Coast. 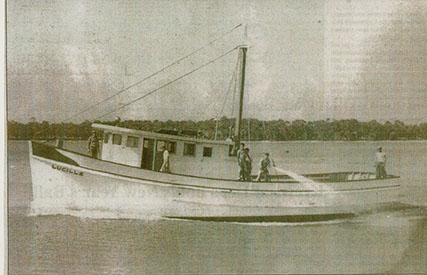 Joseph Rocco Misko Sr. was an industry tradesman and boat builder from Biloxi Mississippi. For much of his life, he resided on Wisteria Lane in Biloxi. Joseph was born to Peter D. Misko Sr. and Katie Skrmetta Misko on August 16th, 1916 in Biloxi. He was one of eight children and had a twin brother named Steve Rocco Misko. Joseph spent his entire life working in the Seafood Industry, his father had worked on boats and this led Joseph to getting his start in this field.