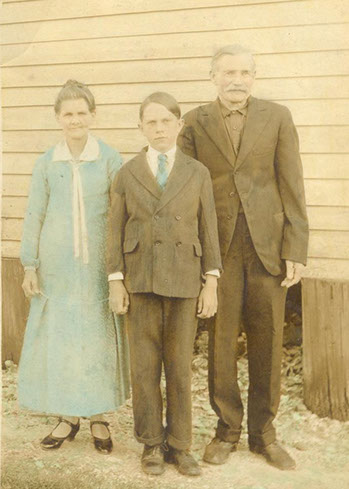 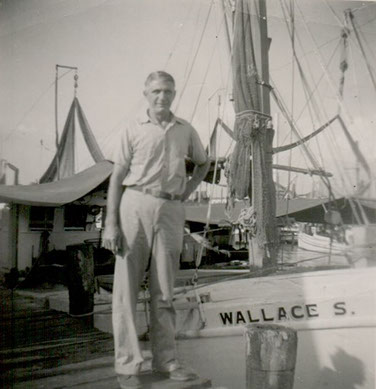 Joseph Mihojevich was a boat owner and Biloxi native. He was the son of Croatian immigrants from the village of Bobovisca on the Island of Brac. His father Stephen arrived on the La Lorraine in New York on February 1, 1903. Immigrating through Ellis Island, Stephen Mihojevich then traveled to Biloxi to join his cousin Tomas Sekul. His mother, Frances Mihojevich, joined Stephen in Biloxi in August of 1904, arriving with her two oldest children, Mary and Anthony, as well as her brother, Matteo Martinich. Joseph was born on October 1, 1909, and was the fifth of six children. The family’s residence was 1324 First Street.

Growing up, Joe got experience working as a deckhand with his father and brother. This laborious work included hauling nets and offloading their catch at various factories. Joe spent many years honing these skills but briefly left Biloxi during the Great Depression. He traveled with his friend Joe Kersanac to Chicago, where he briefly worked as an auto mechanic. Joe would eventually return to Biloxi and spend several decades as captain of the Wallace S, a lugger owned by George “Rushie” Sekul. Sekul’s attention had shifted from fishing to his dry goods store, giving Joe the opportunity to captain his lugger.

On February 22, 1936, Joe married Marguerite Fountain, and together they would raise two daughters, Elmerita and Josephine. They resided at 222 Myrtle Street, living next door to Joe’s parents and three of his siblings. He would eventually become grandfather to six grandchildren. Outside of his career, Joseph Mihojevich worked as the custodian of the Slavonian Lodge. He is remembered for his diligence to this job, always showing up early to make sure events were set up and staying late to close. He was a constant presence throughout the various events held at the lodge including pancake breakfasts, steak dinners, weddings, anniversary parties, and numerous dance parties. Joe was able to experience these joyous occasions and became a familiar face to all in attendance.

Joseph Mihojevich passed away in 1991. He and Marguerite had been married for a total of fifty-five years, and she continued living at their home on Myrtle Street until Hurricane Katrina in 2005. Joe spent his life working in the industry as a captain, but beyond this, he is remembered as both a loving father and a industrious worker. His work at the Slavonian Lodge demonstrated love for both his culture and his community.