James Paul “Jimmy” Ellis was an industry tradesman from Biloxi, Mississippi. A lifelong resident, Jimmy became known as “the hunchback man who always threw a silver dollar,” in reference to his ability at tossing a cast net. The story of his skill with nets began in his youth when Jimmy got his start working on shrimp boats. In the days before “try trawls,” fishermen would cast nets off the bow of the Biloxi luggers to test the waters for shrimp count before fishing. Alongside his brother Joseph, Jimmy spent his teenage years working in this trade, and continued well into his twenties.

Jimmy would later take positions for both the Coca-Cola and Ingalls Shipbuilding companies, but would spend his free time designing cast nets. He also enjoyed instructing others how to properly throw these nets. Jimmy was constantly on the water catching mullet, he would donate his catch to various charities as well as benefit fish fries. After retiring from Ingalls, Jimmy would spend his later years promoting his passion for the trade of net making. Jimmy devoted countless volunteer hours demonstrating the art of net making for the Seafood Industry Museum. He also taught the youth of Biloxi how to perform the perfect “silver dollar” throw. In this way, Jimmy Ellis helped a dying art live on through a new generation. His dedication for Biloxi was evident through the endless hours he spent teaching others a craft for which he had an undying love. 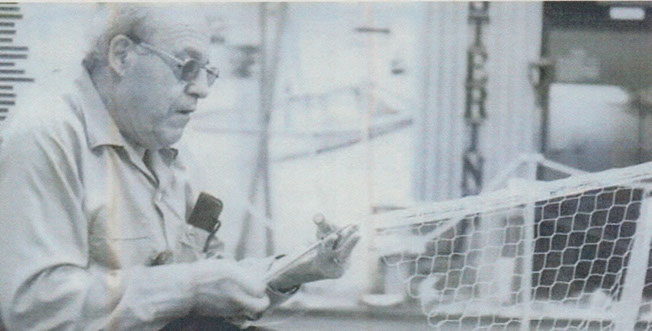