Herbert Anthony Glavan, known affectionately as “Herb,” was an industry tradesman from Biloxi, Mississippi. Herb guided the Glavan Trawl Manufacturing Company, a business established by his father Marco “Golden Mike” Glavan in 1937. Herb was born on March 25, 1930, in Biloxi to Marco and Ella Mazara Glavan. Herb grew up in the Point Cadet neighborhood and graduated from Notre Dame High School in 1948. He would later take over the company, guiding it through many different eras of the seafood industry’s history. Throughout his lifetime, Herb became an expert in the craft of trawl making. He would tailor trawls based on the type of vessel, engine size, and waters they would harvest to maximize their catch and ensure fuel efficiency.

The Glavan Trawl Mfg. Co. also provided hardware, paint, and other items which supported both recreational and commercial boat owners.  During his tenure as the head of the company, Glavan was called upon by the scientific community to assist with manufacturing special nets designed to capture micro-organisms. He was involved in a variety of other special research projects, high schools and university also used Herb’s knowledge of net making to design netting for batting cages and stadium backstops. Glavan Trawl Mfg. Co. was an industry staple for sixty-eight years, until Hurricane Katrina shut down operations in 2005.

Beyond his knowledge of net making, Herb was very active in his community. He was a member of the Slavonian Lodge, the French Club, and the Chamber of Commerce. He was honored by being selected as the 2006 Biloxi Shrimp King in the annual Blessing of the Fleet. He was deeply involved in the Maritime and Seafood Industry Museum, providing net making and throwing demonstrations. His likeness was used in several videos produced by the museum, along with individuals such as Eley Ross and Jimmy Ellis. Herb was also known for his role as an extra in several feature length films; including his role as a bank teller in the Coen brothers’ film Oh Brother Where Art Thou.

Herbert A. Glavan passed away on October 30, 2015. He is survived by his five children: Russell Glavan, Charmaine Rodgers, Anthony Glavan, Kenny Glavan, and Sheri Glavan. In his 2014 nomination form, Biloxi City Councilman, Kenny Glavan, describes his father’s tenacity by stating: “If not for Hurricane Katrina, I am sure he would still be in business today.”  As a first generation Croatian-American, Herbert Glavan exhibited all of the qualities of a Biloxi legend: hard work, perseverance, and an absolute love for his family and his home. 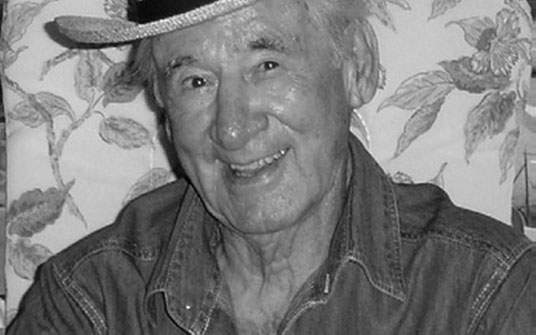 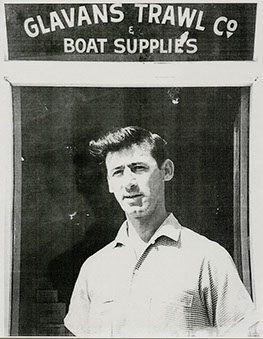