His experience and knowledge would lead to the vice-presidency of Southern Precision Steel Company of Gulfport in 1966 and the presidency of Hubbells Industrial Supply Company in 1975.  But by 1976, Catchot would assume the office of president and general manager of McElroy Machine and Manufacturing Company, an entity born on Biloxi’s Back Bay in 1915, a period noted for explosive and rapid development in Biloxi’s seafood industry.  Catchot would spend the bulk of his professional life with McElroy, the designers and manufacturers of winches and marine deck equipment.

In his nomination of Harold Catchot for induction into the Maritime & Seafood Industry Heritage Hall of Fame, former Biloxi mayor, A.J. Holloway, stated, “Harold, in short, catapulted a Back Bay Biloxi company, McElroy/Catchot Winch Company, from a local customer base to a firm that provided a complete line of winches and deck equipment to customers that spanned the globe.”  Holloway went on to say, “his induction in the Heritage Hall of Fame would be especially appropriate since the museum is seeking industry tradesmen to include suppliers to the trade for more than ten years.  In addition, it’s called the Maritime and Seafood Industry Heritage Hall of Fame, which is fitting for Harold because he not only supplied equipment to the fishing vessels but to the U.S. Coast Guard, offshore supply vessels and others.” In summation, Holloway closed his nomination by saying, “Under his thirty years of leadership and management, McElroy/Catchot expanded its product line from not only shrimp and fish related winch equipment, but designed and engineered maritime products that are in use on vessels around the world today.” 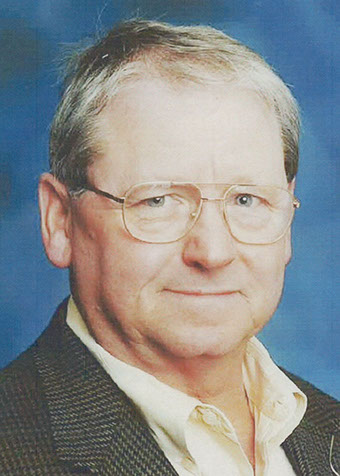 Catchot, a coastal family (originating in Menorca, a small island off the coast of Spain) finds its way to the Mississippi Coast in roughly 1860.  Harold S. Catchot, a native son of Biloxi, was born in 1941.  The first child of Harold and Mathile Catchot, he was baptized at the Cathedral of the Nativity of the Blessed Virgin Mary in the heart of downtown Biloxi.  He finished in the top ten percent of Biloxi High School’s 1959 graduating class.  Furthering his education at Perkinston Junior College, and graduating second in his class from Mississippi State University in 1963 with a bachelor’s degree in industrial engineering, he has inscribed his permanent mark on Biloxi’s maritime landscape.

In 1963, Catchot’s professional career began at Ingalls Shipbuilding in Pascagoula, Mississippi. As a member of the machinery technical department, his duties were to transform written specifications into schematics and drawings for all machinery and piping systems, which resulted in the production of commercial ships and military vessels for the United States government.

Catchot’s support of the preservation of the history of Biloxi’s seafood and maritime industries is evidenced through his three terms as president of the board of directors of the Maritime & Seafood Industry Museum.  He has also served on the boards of Biloxi Regional Medical Center (now Merit Health), Biloxi Port Commission, Biloxi Housing Authority, Biloxi Elks Lodge, Biloxi Bay Area Chamber of Commerce, and the Sunkist Country Club.

Catchot and his wife of 56 years, the former Carolyn Ann Manuel, are parents to Harold Catchot, Katherine Catchot Watts and Michelle Catchot Filipich.  The Catchots are grandparents to five and currently reside in Biloxi. 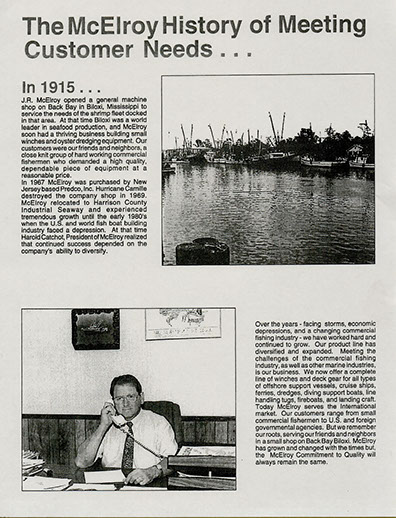