James Gollott went to the Borden Milk Company and purchased several glass pint milk jars and stoppers, he became the first oyster processor to sell his product in glass containers. The two continued business for many years and their product was shipped as far as the east coast. Following Canaan’s death, James continued to run the plant and was joined by his son Larry Gollott Sr. following his high school graduation. The company was prosperous for many years until Hurricane Camille destroyed the factory. James took this as a sign to slowly work towards retirement and passed the reigns on to Larry Sr. who spearheaded the construction of a new modern plant, complete with a retail market for customers. His sons Larry Gollott II and Kevin Gollott began working summers in the plant and later joined their father in the business. It was at this time that the company was renamed to Gollot Brothers Seafood Inc. Upon adding shrimp peeling machines, Gollott’s began marketing their shrimp product under the name “Better Netter” brand shrimp.

Larry Sr. eventually retired and his sons took over, they began custom packing shrimp for processors who could not process their own product. The company again suffered substantial losses in 2005 when Hurricane Katrina destroyed the factory. Kevin sold his shares to Larry II and he remained in business until his death in 2008. 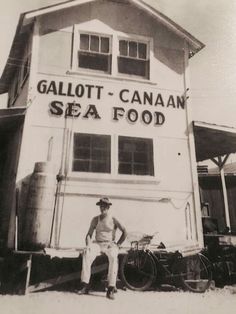 The Gollott and Canaan Seafood Company, later known as Gollot Brothers Seafood Inc. and then simply as Gollott’s, was a commercial seafood processing company located in d’Iberville, Mississippi. The company’s origins were in a small crab shop started by Henry Israel Canaan in the late 1930s. Crabs were caught, processed, and then sold to restaurants in the area, Canaan operated out of a shop on the Back Bay. He continued selling crabs until he was joined by his son-in-law, James Gollott. Together, the two men worked to incorporate oyster shucking and packing into the business, and pioneered marketing oysters by the pint as opposed to packing them in gallons, as was common at that time.