With talent, hard work and a generous spirit, Francis Creel left his mark on the seafood industry and on Biloxi.  Born in 1914, Francis arrived in the “seafood capital of the world”.  Biloxi was thriving in the early twentieth century thanks to the rich and abundant Gulf of Mexico and to its hardworking citizens.

The son of Roland and Helen Creel, Francis first worked on the shrimp boat, Harvester, following his father’s example as a fisherman.  However, by the 1940s, Francis built his first trawl shop on Reynoir Street.  He’d developed quite the talent in the repair of the trawl, the large nets pulled by the shrimping boats to harvest the fish, shrimp and other seafood.  Trawls were costly and to be profitable, fishermen needed to get as much life from each trawl as possible.  At first, Francis used an extra room in the Back Bay Fire Hall to repair the nets, but soon found he had more than enough business to open his own shop.  Creel & Sons Trawl Company made and repaired many nets for many shrimpers both from coastal Mississippi and Louisiana.  The trawls were made by hand and in a good season, Francis and his employees could make up to two hundred.

Creels’ reputation as talented craftsmen lead to an expansion in the business and a second building was built next door to the first shop.  Francis was known to work seven days a week.  Even the evenings would find him bookkeeping or stringing needles for the next day’s work.  It was afterhours, while sewing a trawl, when Francis suffered a stroke that would prevent him from working further in his beloved shop.  He’d worked the trawl business for 45 years.

Francis was a generous man and gave back to his community by hiring local young men.  He’d start them out cleaning the shop and soon have them learning how to tie knots on nets.  If he thought that some of the boys were headed for trouble, he’d give them work and an opportunity to turn in the right direction.  Francis was a man of faith and attended St. John Catholic Church and was a graduate of Sacred Heart School.  He and Euna were avid dancers and loved to dance every weekend.  Francis loved to joke and even play a prank or two.  When asked by tourists what a “trawl” was, he jokingly replied, “a bunch of holes tied together”. 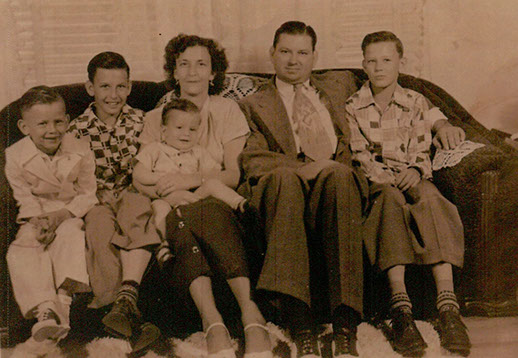 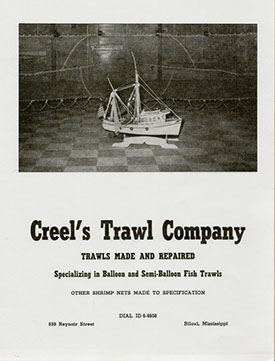