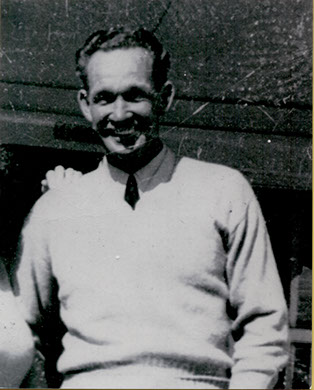 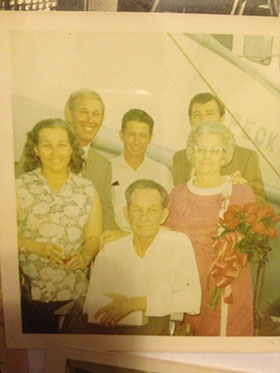 Carroll E. Williams, affectionately known as “Peck” was a commercial fisherman and former baseball player from Biloxi, Mississippi. He was born in the Point Cadet neighborhood of Biloxi on November 7, 1900. Like many other children of his generation, he grew up working alongside his family in the seafood industry. As a young boy he developed a love for baseball, and his talent for the sport continued to grow as he became a young man. He played with various local teams as a teenager before going on to play professionally in the Cotton States League.

Following his success in this league, Peck moved to Greenville, North Carolina, where he played for the South Atlantic League, until his contract was sold to the Detroit Tigers. He then pitched professionally for the remainder of his career in major league baseball. Eventually, Peck returned home to Biloxi where he married Ophelia Langlinais. Upon his return to the Coast, Peck took up work at DeJean’s Packing Company where he was in charge of the fuel dock. By 1934, Frank Bosarge and Charles DeJean had sold their stock in the business to Peck and his brother Elmer Williams. Peck oversaw production during the period of time when the Biloxi Lugger became popular.

Peck worked from the shipyard and machine shop that were part of the DeJean operation. He began building and refitting a fleet of thirty-five boats for the company. Some of these boats included: the Peck Williams, the Ophelia Williams, the Beverly W, the Marlon W, the Ronald Boy, the Glenny Boy, the Carroll and Ivan K, and the Jim Eastland, just to name a few. Upon the completion of the Peck Williams in 1971, it was the largest steel boat along the Mississippi Gulf Coast.

Beyond his professional life, Peck Williams was a dedicated member of the East End Volunteer Fire Company, the Knights of Columbus, and an honorary member of the Fleur de Lis Society. He was a member of St. Michael Catholic Church and was instrumental in the construction of the new church. In his lifetime, Peck had three sons; Marion, Ronald, and Glenn, and one daughter, Beverly. Carroll E. Williams passed away on October 24, 1977. Even after a successful professional baseball career, Peck Williams returned to his home town to become an essential part of the Biloxi seafood industry. He is remembered for both his sports career and his sizable contribution to the industry.