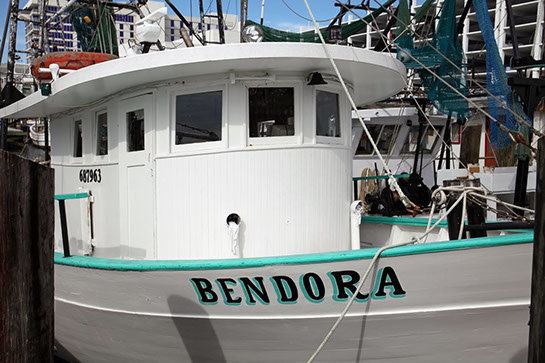 The Ben Dora was built in 1985 by Bill Holland at his boatyard in D’Iberville for Donald Baker.  It was a double-rigged, wooden hull boat named for Ben and Dora Baker, Donald’s grandparents.  The vessel had other owners after Mr. Baker and was destroyed after running aground in Grand Isle, Louisiana.  The boat’s dimensions were:  length:  45 feet, breadth:  15 feet, depth:  4 feet.  The Ben Dora was a participant is several Biloxi Blessing of the Fleet events.