The Anticich family was deeply involved in the Biloxi community. Mary’s father, Nicholas Skrmetti, is credited with starting the Croatia community in Biloxi and was one of the original founders of the Slavonian Benevolent Society. Mary would later become active in this organization, serving as chairlady for the Slavonian Benevolent Society picnic and ruling as queen of the Carnival Ball held in the Slavonian Lodge in 1932. She was also integral in sponsoring Violet Magas to represent Anticich Canning Company in Biloxi’s first Oyster Festival in 1934, and served as a committee member in 1944 of a group collecting funds for “Jugoslavian relief efforts”. Mary used her position as manager of her own company to advocate for various Gulf Coast policies. These included a closed shrimping season in 1932 and speaking out against the leasing of the bottoms of the Mississippi Sound for oil exploration in 1937. In 1943 she was listed as Vice President on the Charter of Incorporation of the Magnolia State Hospital Service, Inc.

Mary continued her long career until the end of her life, accomplishing many noteworthy business achievements, such as serving as managing supervisor of a subsidiary, the Gulf Ice Service Company. She served as manager of the Anticich Canning Company until her death in 1947. Following the death of her husband Grego in 1953, the business was sold to relatives.

Mary Anticich remains a powerful figure in Biloxi’s history, proving an equal match to her male contemporaries in a time when management was nearly all male. 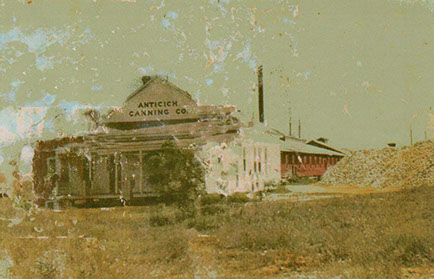 The Anticich Canning and Packing Company was founded and managed by Mary Skrmetti Anticich in Biloxi, Mississippi. Originally known as the Biloxi Packing and Trading Company, Anticich is significant because it was led and managed by a female owner. Mary Skrmetti Anticich was born in 1898 on the Isle of Brac, Croatia, and arrived in America at the age of two. She was instrumental in integrating her brothers, Paul and Marco Skrmetti, her sister Olivia Skrmetti Mavar and her brother-in-law, John Mavar into the seafood industry. In time, these three families operated factories side by side. 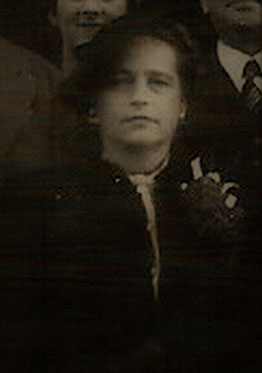 As documented in the Daily Biloxian newspaper, Mary was described as having early experience in the business world. At the age of ten, she assisted her father and uncles in business transactions by serving as an interpreter between her family and bankers and businessmen whose assistance they required. At such a young age, she was small enough to be placed on the table in the midst of all these towering businessmen. But Mary grew up quickly and carried this business sense with her. When the time came to start her own business, she went to multiple banks seeking a loan. When this proved to be unsuccessful, she visited a boat builder in Pascagoula and told him of her plan. He was impressed enough to build two boats for her, with the words “if you make it, you pay me, and if you don’t--you don’t.”

Following her marriage to Grego Anticich, Mary took over the Biloxi Packing and Trade Company in 1920, located at Biloxi’s Point Cadet. In 1924, the charter was amended and the name was changed to Anticich Packing Company. Grego maintained the mechanical components of the business while Mary oversaw the day to day operations. Their mission statement was to “own, operate and lease factories and canneries of packaged vegetables, fruits, oysters, fish, and shrimp.” Among other noteworthy achievements, their company was a leader in efforts to improve sanitation and other working conditions for their employees. As the driving force of the company, Mary Anticich was one of the few women in the industry to own and operate her own business. She followed the likes of Mrs. Sophie K. Desporte, Mrs. J.E. Wentzel, and Mrs. I. Heidenheim.