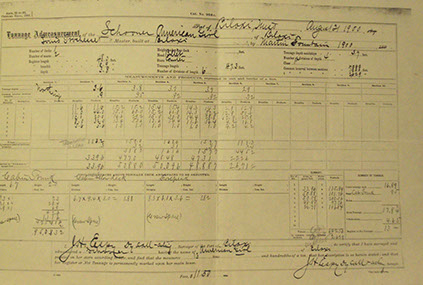 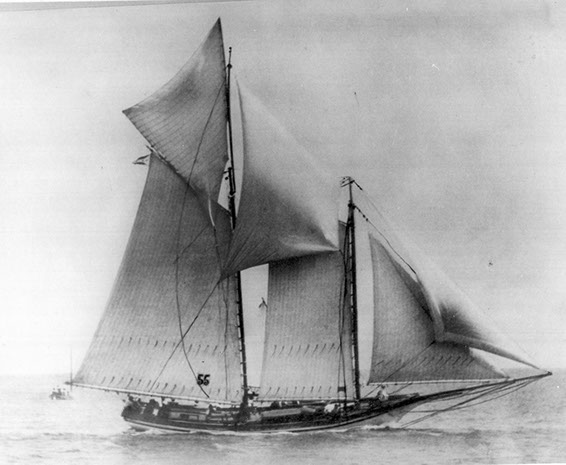 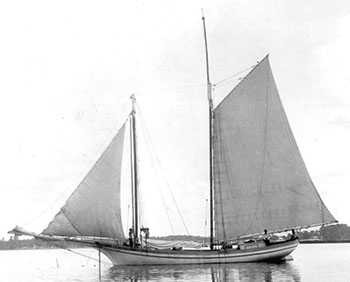 Designed by the talented and renowned Martin Fountain in 1900 and built at his North Biloxi (now D’Iberville) boatyard, American Girl is probably one of the most well-known and unique of the Biloxi Schooners. Under the direction of Fountain, the boat was built by Joseph Trochesset and sons.  American Girl’s dimensions were:  length 118 feet, breadth 16.4 feet, depth 3.8 feet.  The vessel easily won many regattas and schooner races in the Biloxi of the early 1900s.

Fountain’s designs were considered unique in American boat building history; so much so that a half-model of his schooner design is displayed at the Smithsonian’s National Museum of American History as a part of the National Watercraft Collection.  When one gazes upon the sheer beauty of the American Girl, it becomes apparent how the nickname “white-winged queens” became the moniker for the exquisitely designed boats.  Some of the men who captained American Girl are Martin Fountain Sr., Martin Fountain Jr., Joseph Trochesset, Joe Kriss and Peter Parker.   The Trochesset family purchased the vessel and was at the helm when it won many Biloxi regattas.  American Girl is a beloved part of the Trochesset family history.

Some interesting moments in the history of the vessel occurred when in 1908 she was capsized by quickly rising wind and in 1915 when she was sunk due to an unusually large harvest of oysters.  Neither incident resulted in permanent damage.