Construction was complete in 1914, and the offices and factory were situated at 1414 East Beach. Throughout the early twentieth century, Wentzell Brothers functioned as a prosperous business, one of many which were the backbone of the early Biloxi seafood industry. The factory processed fish, shrimp, oysters, and crabs for both local and out-of-town wholesale markets. The company made use of a small fleet of boats to supply product.

A noteworthy characteristic of Wentzell Brothers Seafood was the 2,000 feet of Deer Island property owned by the brothers. This area was used as oyster breeding grounds, making use of their access to these oysters. Wentzell Brothers Seafood became the first Biloxi seafood processor to distribute canned steamed oysters across the United States. In a Daily Herald article which reported on the brothers’ acquisition of this property, it was described as: “Deer Island No Longer Operated as Pleasure Resort, But Will Be Developed for Real Estate-First Purchase Brings Good Price.”

Wentzell Brothers Seafood continued operation as one of the major commercial seafood plants in Biloxi until the 1947 Hurricane brought business to a halt. The majority of the operation was destroyed by the storm, bringing the story of Wentzell Brothers to a close. Decades later, following the legalization of gaming in Mississippi, the property where Wentzell Brothers once stood would become prominent again. In 1993, this property was used for the construction of the Casino Magic; that property would be destroyed by Hurricane Katrina in 2005. Today, the property is home to Margaritaville Resort Biloxi.

Wentzell Brothers Seafood was only one of many companies which made up the legendary seafood industry of Biloxi, but it remains a unique piece of history. The brothers ability to capitalize on oyster farming and their distribution throughout the country made Wentzell Brothers a well-known name across the Gulf Coast. 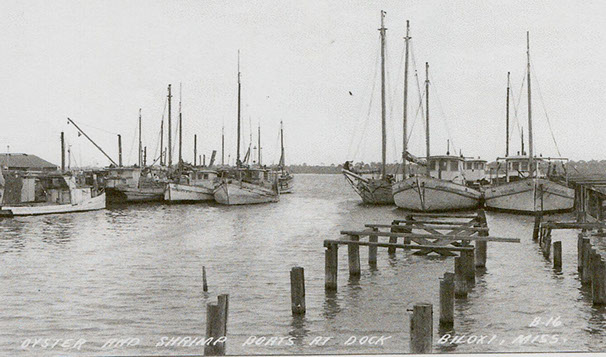 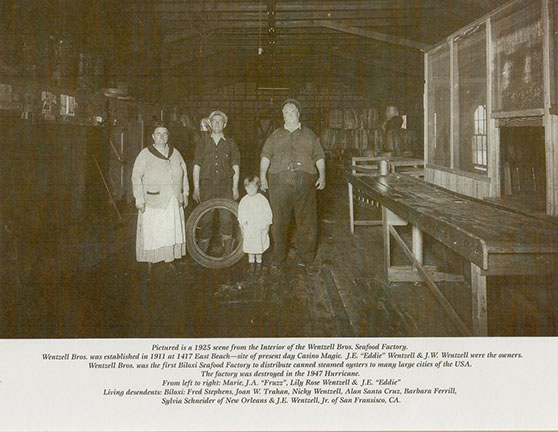