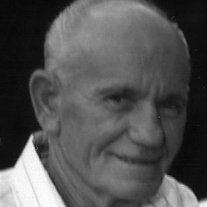 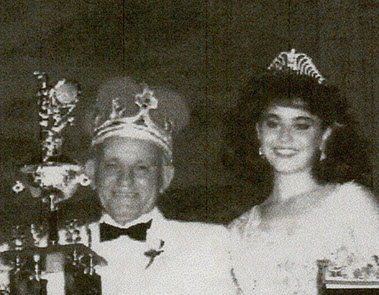 With profound love and deep respect for God, family, community and the Gulf of Mexico, Walter “Captain Eley” Ross lived the quintessential life of a Biloxi fisherman.  On March 16, 1924, to Adolph and Margaret Allen Ross, Eley was born into one of the Gulf Coast’s oldest and largest fishing families.  One of twelve children, all raised on the east-end peninsula of Biloxi known as “the Point” or “Point Cadet”, Eley was schooled in his church parish at St. Michael Catholic School. He graduated 8th grade and at age 14 began what became his life’s calling, harvesting the rich bounty of the Mexican Sea.

Eley literally grew up on the Gulf, working the family vessels the Clyde R. and the Mag-Doff. It was a natural progression when, at age 17, he took the reigns over from his father after illness came to the elder Ross.  He first captained the Mag-Doff which had been built by Adolph Ross at the family’s homestead located across from St. Michael Church on First Street.  At a summer dance in 1939, Eley met the woman he would love for the rest of his life. Yvonne Seymour married Eley Ross in 1943.  The couple lived and raised six children (Walter Jr. “Junie”, Sandra, Karen, Kim, Janell and Aldoph “Doffie”) on Rosetti Street where they spent their entire married lives.  From 1944-46, Eley meritoriously served his country during World War II as a ball-turret gunner on a B-17 in the European Theatre and received two Bronze Stars and the WWII Victory Medal.

During his early fishing career, Eley operated many boats:  the Wild Cat, Dorothy T., Peg Ross, Lathie W. and Ethelyn R.  But in 1965, his dream of building his own boat was realized with the completion of a 56-foot Biloxi lugger Eley named the Junie-Doffie.  The vessel was launched in Biloxi’s Back Bay with the entire family on hand.  He would work fulltime aboard the Junie-Doffie until he was 80 years old.  After selling the beloved lugger to a great-nephew, Eley continued to work from a small fiberglass boat until he was 84.

With decades of experience, Eley was one of the most respected fishermen and captains of his day.  After Hurricane Camille in 1969, with his own home destroyed, Eley assisted the U.S. Coast Guard with the direction of marine traffic; his vast and intimate knowledge of the Gulf was vitally indispensable.  He served as the President of the Gulf Coast Fisherman’s Organization and he was appointed by Governor Kirk Fordice to serve as a Commissioner to the Department of Marine Resources.  During the late 1970s, Eley helped teach the ways of the Gulf to Vietnamese immigrants fleeing to Biloxi.   He assisted in countless rescues of stranded fishermen and boaters over the course of his 67 years as a commercial fisherman.  In 1986, he reigned as Shrimp King during the 57th annual Biloxi Blessing of the Fleet, an honor steeped in tradition and meaning especially for a lifelong resident of the Point and a lifelong member of St. Michael Catholic Parish.  The Junie-Doffie was a prominent participant in the Blessing of the Fleet ceremonies for decades.

Walter “Eley” Ross died April 14, 2003.  During his 89 years he’d been an accomplished mariner and commercial fisherman, a devoted husband of 53 years, an exceptional father, friend and citizen.  Friends and family remember not only his professional accomplishments, but also fondly remember his gift of story-telling and his fondness for dancing.