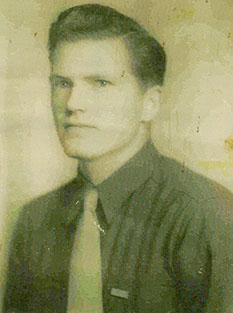 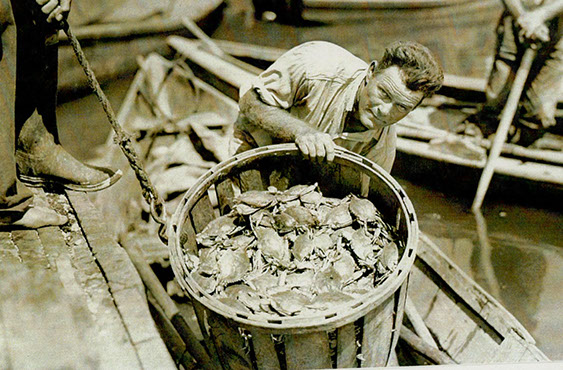 The “Bohemian” or seasonal seafood worker helped shape the expanding town of Biloxi, Mississippi during the turn of the twentieth century.  Transported from Baltimore, Maryland by railcar to process the oyster and shrimp harvests, most were Polish or Czech immigrants who lived in the “camps” for a season, then returned to Baltimore. The process was repeated annually becoming a way of life for the Bohemians.  The Kopszywa family of Biloxi is an example of one such family of seasonal workers.  Stanley Kopszywa was born in Mississippi in 1920, the youngest son of Edward, Sr. and Mary Agnes Misiora Kopszywa who were both Polish immigrants arriving in the U.S. in 1904.

According to the 1920 Census, the eight children of Edward and Mary Agnes were alternatingly born in Maryland and Mississippi over several years, attesting to their migrant worker status.  By 1929, the family established permanent residence in Biloxi on Oak Street.  Edward worked aboard Biloxi’s first schooners and Mary Agnes was a factory worker.  Later, they would open a grocery store on Back Bay Biloxi and add a local meeting place for seafood workers known as “Fisherman’s Hangout”.  Edward would also own and captain two boats, the Miss Poland and the Anna Leona, before passing from this life in 1962.

Like his father and brothers before him, harvesting the bounty from the Gulf of Mexico became Stanley Kopszywa’s livelihood.  His career in fishing began after he served his country in World War II; he was stationed in Alaska and France.  Upon his return to Biloxi in 1945, he became captain of the Iona for the Buckley Gillis Seafood Company.  One year later, Stanley married Lola Mae Broussard.  They were the parents of four:  Michael, Stanley, Victoria and Evorise.

Stanley captained the Iona until 1953 when he was able to purchase the newly built 47-foot Biloxi lugger, Ann-Gay.  Stanley was also a gifted net maker.  He sold and repaired nets and taught others the intricate craft.  Stanley gave up the Ann-Gay for a smaller boat, but tragically, his life was cut short after injuries sustain while onboard.  His sudden and unexpected death happened on June 14, 1969.

As a naturalized citizen, Edward Kopszywa passed to his six sons and grandsons, the love of the Gulf and gratitude for the bounty it provided.  These lessons continue to run through the generations of this American-Dream family.