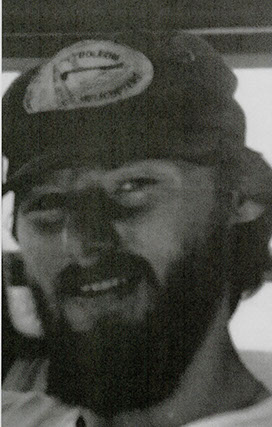 Russell Wayne Glavan is a commercial fisherman and boat captain from Biloxi, Mississippi. Building a career from making trawls, Russell has established reputation as a craftsman across Biloxi. Born in February of 1953, Russell worked with his father, Herb Glavan, in their family business, Glavan Trawl Manufacturing Company located on Oak Street. From a young age, he began to learn the art of trawl making and all of the intricate detail which went into the process. The Glavan family designed their trawls with special modifications, so that they would catch more shrimp than the typical nets used in Biloxi.

By 1974, Russell began work as a commercial shrimper and quickly established a reputation as one of the Gulf of Mexico’s most tenacious fisherman. In 1987, this reputation brought him the honor of the Biloxi Chamber of Commerce award of “Most Successful Young Fisherman.” Throughout his life, Russell shrimped in the gulf waters from Florida to Texas, working as the owner and captain of the 42-foot Biloxi lugger, the Vicky G. This boat was built in 1933 by Martin Fountain Sr. It was a notable vessel, having been made from first grove cypress for the Cruso’s Canning Company. The Vicky G was outfitted and customized with equipment for fishing, specifically the unique trawls designed by Russell and his father. It was one of the most efficient and productive working boats among the shrimp fleet, as documented by multiple newspapers.

One article documented what is considered one of the largest catches for a boat its size, known as a “braille catch”.  When the trip line was released, over two thousand pounds of shrimp was on the deck of the Vicky G. This was a record haul made in a popular fishing area known as the Creole Gap. Multiple pictures taken by fishermen in the area captured this historic moment.

By 1992, Russell retired from shrimping and accepted a position as an independent contractor overseeing special projects at the Chevron refinery in Pascagoula. He is married to Jane Glavan and has two sons, Marco and Wayne, and a daughter Melissa.