In 1927, the Daily Herald published an article listing Randolph Fountain along with his father and brothers as being commissioned to construct a fleet of twelve boats for Neil’s Bi-Lox Cruisers, a charter fishing company. These boats were designed with a Johnson motor and furnished with fuel tanks for a 300 mile-cruise. In the same pioneering fashion his family was known for, this article describes the fleet as a new service for the Gulf Coast. As time went on, Randolph began to build boats on his own. Among these boats were the Mildred F. a fishing boat he constructed with Louis J. Manuel, the cat boat Poor Boy with his brother Henry, and the La Canadian, which he built for Jack Hyde. A 1933 Daily Herald article described it as “one o the finest boats of its type ever seen here.”

1934 saw Randolph construct an additional boat for Jack Hyde, this one was known as the Maple Leaf and was built and the Desporte Packing Company Shipyard. It was designed as a schooner yacht, and went on to win various Biloxi Yacht Club races, piloted by Randolph Fountain himself. 1939 was another landmark year for Randolph’s family, as his brothers Walter and Henry completed work on the yacht Valjim.

Randolph was also involved in his community, volunteering with the annual Firemen’s Picnic, speaking at the Biloxi Benevolent Association’s annual banquet, and joining friends for sports fishing. His love of boats and boat building carried on until he passed away in 1939, the same year that construction was completed on the Valjim. Randolph Fountain is remembered as both a shipbuilder and a fisherman, another example of the versatility and tenacity of the maritime culture in Biloxi. 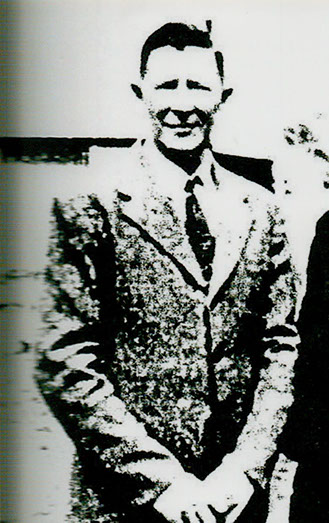 The son of a pioneer Biloxians and the heir to a legacy of boat building and fishing, Randolph Fountain Sr. was an industry tradesman and fisherman. Throughout his life, he built a number of lugers, catboats, and fishing boats. His lifetime of contributions has solidified his name in the seafood industry. Born on December 17, 1894 in North Biloxi, he was one of nine children born to Martin Fountain Sr. and Elizabeth Ladner Fountain. His siblings included: Martin Jr., Gussie, Walter, Henry, Alena, Catherine, Mary, and Clement. In Brother Jerome Lepre’s work, Fountain Family History, Martin and Elizabeth are recognized as pioneering figures in the Biloxi community. Martin Fountain worked as a master boat builder, operating out of a shipyard on the north shore of the Biloxi Bay. By 1903, he had moved his operation to the south side of the bay in a location now known as the Old Brick House.

Randolph, along with his brothers began work at Fountain Boat Works, a shipyard and saw planer mill. There, they received their first taste of working in the maritime industry. Randolph continued working in this profession for many years, leading up to his marriage to Edna Josephine Tiblier. Together, they raised Randolph Jr., Elvin, Sheldon, Stanley, Patsy, Margaret, and Mildred. Randolph Sr. provided for his family through his work in boat building. As was common for many boat builders during this time, he also spent time working as a commercial fisherman.