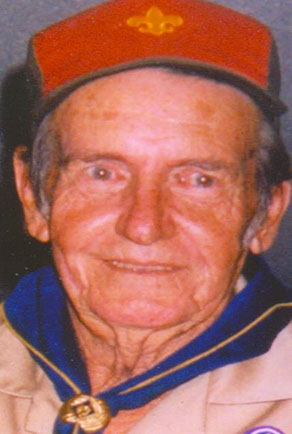 Leon Vern Richie Sr. was a commercial seafood processor from Biloxi, Mississippi, born on November 3, 1924.  Leon was the son of Eula and Eddie Richie of Tibbie, Alabama. He was born into a large family of thirteen children and learned the value of hard work from a young age. The Richie family moved from place to place as migrant workers, settling on the Gulf Coast while Leon was still young. Leon followed in his family’s footsteps and began work in the seafood factories throughout Biloxi. A photograph that has since been lost in Katrina was taken of Leon working alongside several other men, women, and children. In the photograph he was wearing an aviator hat with goggles on top; he was approximately eight years old when this picture was taken.

Leon continued working in the factories until World War II. According to his nomination letter written by his daughter, Ms. Elsie Dauphin, she describes his entering the war as follows: “He joined because he never had a new outfit or new shoes.” Joining the military at the age of eighteen, he completed his basic training at Camp Silbert, Alabama, and transferred to Camp Reynolds, Pennsylvania. He specialized in chemical mortars, a form of projectile weaponry used in support of frontline infantry. Leon was involved in various operations throughout Europe. In one instance, he survived the blast of a German 88 shell by hunkering under an oak tree. After he returned from the war, he married twice and had five children. Along with his six step-children, Leon raised eleven children all together. Ms. Elsie Dauphin was the youngest.

Beyond his work as a seafood processor, Leon Richie Sr. served as a Boy Scout Leader for thirty years. He was honored for his service to this organization in 2005. Leon Vern Richie Sr. passed away on January 26, 2006, following the devastation of Hurricane Katrina in the year prior. Elsie Dauphin describes her father as someone who would be proud to see the present-day Biloxi as well as the return of the Seafood Museum. Leon Richie Sr. served both his country and the Gulf Coast, and his deep love for Biloxi was notable.