Leckich & Fayard Seafood Company, a processing plant in Biloxi, Mississippi, was founded in the early 1940s by Joseph P. Leckich and R.A. Fayard on Bayview Aveneue in Biloxi. Operations began with full service processing. The company sold fuel and ice and purchased shrimp from private boat owners and members of their own fleet. They began building this fleet in 1945, some of these boats included J.P. Leckich, Thelma Leckich, and R.A. Fayard. The company made use of numerous peeling machines, shrimp heading tables, and shrimp graders. Their product was packaged under the name “Jumbo Brand.”

Joseph H. Leckich was the son of Joseph P. Leckich and Thelma Tremmel Leckich. After working summer breaks in the factory, he graduated from Notre Dame High School and went on to Spring Hill College in Mobile, Alabama. He then spent four years in the U.S. Army and returned to the Gulf Coast, becoming the managing partner of Leckich & Fayard from 1959 to 1989. As managing partner, he oversaw all operations of the factory. He was involved in every aspect of production, from the purchase of raw product, to the selling of the finished product and all details in between. Joseph H. Leckich was instrumental in establishing the “Jumbo Brand” as one of the most respected brands in the country. Joseph married Cordelia G. Leckich and they were parents to five children.   In 1989, Joseph and his brother Wayne sold their stock in the business to their descendants. 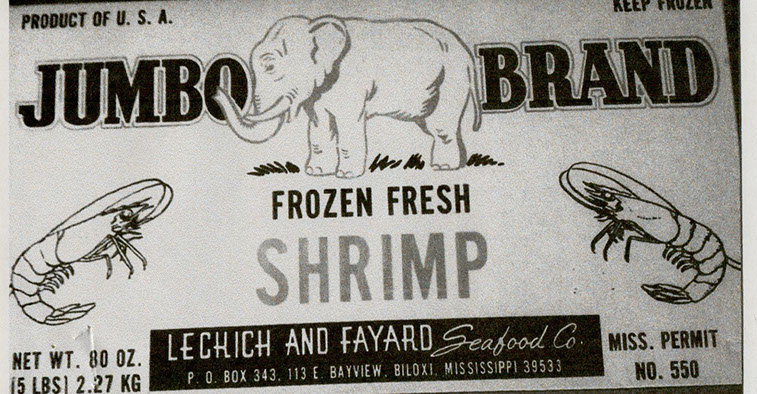