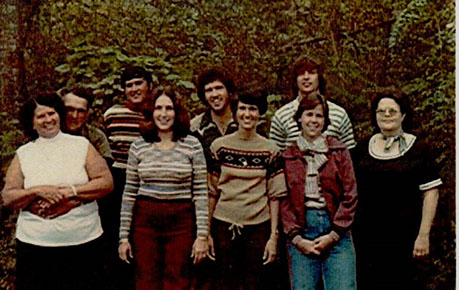 John Henry Seymour, Sr. and Lydia Beaugez Seymour were the founders of J&L Seafood in Ocean Springs, Mississippi. Their business was well known for the quality crab meat it produced.  This couple spent a lifetime both catching and processing crabs. The story begins in 1923 with the birth of John Henry Seymour, Sr. to John Joseph Seymour and Grace Renes Seymour. Four years later, Lydia Marie Beaugez was born to Alphonse Manuel Beaugez and Leona Catchot Beaugez. Both grew up on Dewey Avenue in Ocean Springs. Much of their success was rooted in their early life experiences.

As a child, too young to go crabbing with his father, John worked stuffing crabs at the Ocean Springs Depot. By 1932, at the age of nine, John had to drop out of the fourth grade in order to help support his family. He continued working for his family for several years before joining the U.S. Army. He served in Europe during World War II and achieved the rank of sergeant. Meanwhile, Lydia Beaugez worked at Ingalls Shipyard as a riveter, contributing to the war effort. After a tour of Germany and Italy, John returned to American and the two were married on October 21, 1945.

By 1957, when his mother retired, John and Lydia bought the seafood business from John’s parents. This purchase included the family’s secret recipe for stuffed crab.  The couple changed the business name to J&L Seafood. Because of the rich Catholic heritage of the Gulf Coast, many abstained from eating meat on Fridays, making seafood a popular substitute, especially crab. Fridays were the most profitable days for the business.  Crabs were sold at $3.00 per dozen. All seven of their children were involved in the business.  When crab pots were developed, John and his sons made enough to set two-hundred in the waters in Pass Christian. John would make the trip out daily on his motorized skiff the Ronbeck named after his two youngest children, Ronnie and Becky Seymour.

J&L Seafood made a name for itself in the industry and began selling directly to many restaurants and hotels in the area. While John was known to be resourceful and catch shrimp, flounder, and mullet to sell to local restaurants, the business thrived solely on crab. The Seymours were very active in their community, particularly with their children.  They worked tirelessly in the Catholic Youth Organization, PTA, Cub Scouts, Boy Scouts, Girl Scouts, cheerleading, school programs, pageants, and the May Crowning of the Virgin Mary. Even on their busiest business day, the Seymours were known to serve seafood meals to the nuns in the Ocean Springs convents and the priests at St. Alphonsus Rectory on Fridays.  Lydia served as a member of the St. Alphonsus Altar Society and was highly involved in the Eucharistic Adoration, often standing in for parishioners who were not available. John served as a member of the Ocean Springs Board of Alderman from 1953 to 1957 and from 1957 to 1961.

The final days of J&L Seafood came in 1969, when Hurricane Camille forever changed the Gulf Coast, costing the family their entire stock of crab pots.  John found work again through the L&N Railroad when he was hired to ferry workers to inspect and repair the damaged bridge across the Bay of St. Louis. After this job was completed, he accepted a full-time position as a bridge tender with the railroad, where he remained until his retirement.

John passed away on January 2, 1991, followed by his wife Lydia on May 11, 2010. The story of J&L Seafood is one rich with Gulf Coast history. As devoted Catholics, the two made their trade keeping their fellow parishioners fed on Friday nights. Their story invokes thoughts of hard work, faith, and the succulent taste of crabmeat.