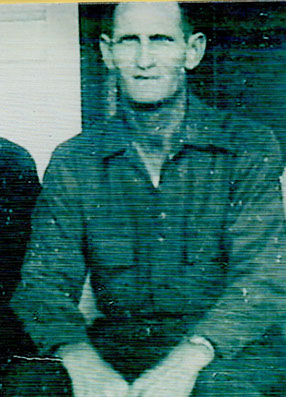 Henry Philip Lemmler was a commercial fisherman and business owner who worked on several of the original old Biloxi Schooners. Lemmler was of German heritage; his father emigrated from Germany to Biloxi sometime in the late 1870’s. Henry was born in Biloxi, Mississippi, on January 11, 1904. From a very young age, Henry learned the meaning of hard work because his of his father’s illness. To help assist the family, he took work on the schooners at the age of ten. He worked for many years, honing his skills in the industry, and at the age of seventeen, he became the captain of a trawler that belonged to the Mavar Seafood Factory.

Henry worked for many years for Mavar and captained a number of trawlers in their ownership. On November 4, 1926, he married Lucy Comeaux. The two had five children; Philip Henry, Dolores Louise, Rose Marie, Alvin Elliot, and Richard Paul. Henry purchased his own vessel in 1936, but the outbreak of war in Europe in 1939 caused the exportation of seafood to diminish. To this end, Henry went into business as a grocer, in 1940 he sold his boat and opened his own store known as Lemmler’s Grocery and Market. The business was located on the corner of Holley and Division Streets in Biloxi.

Lemmler worked in both capacities as a commercial fisherman and the owner and manager of his grocery store. In later years, he was aided by his wife, Lucy, in the day to day proprietorship of the store. The two catered mostly to the fisherman who lived in Biloxi. In 1948, Henry purchased a wooden trawler known as the Mary Ann, with the help of Nick Misko, he was able to refurbish the boat entirely. For the next few years, Lemmler operated the Mary Ann on his own up until the point that he sold it in 1952. In the last year of his life, he briefly moved to New Orleans with Nick Misko and worked in the Higgins Shipyard. Henry Philip Lemmler passed away on October 12, 1953 in Biloxi. Henry began providing for his family from his youth, a virtue which carried on throughout his life. The work of Henry Lemmler is a clear example of the loyalty, diligence and dedication to family.