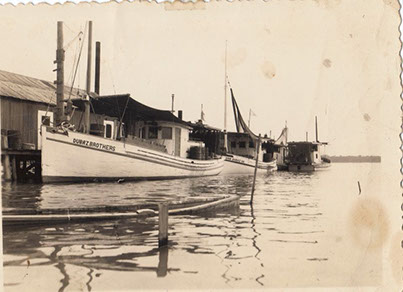 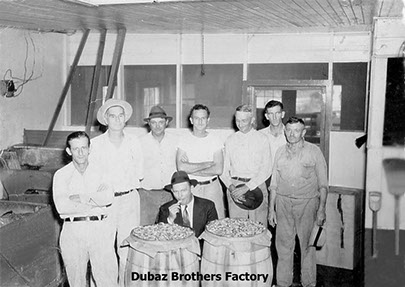 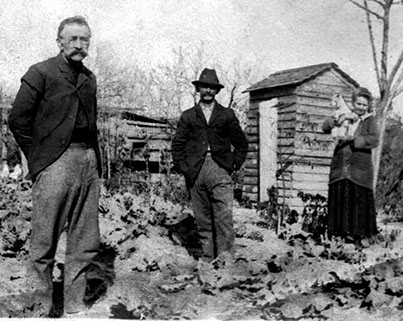 Dubaz Brothers Seafood was originally located at 1417 East Beach. The first shop was built on land owned by Charles McCaleb. The business began in 1914 when two brothers, Doffie Dubaz and Luke Dubaz, came together to work in seafood retail. Within the first year of business, the brothers were joined by George, John, and Rudolf Dubaz. By 1916, the shop relocated to a Back Bay location owned by the Ott family, the original location became the office of the Point Cadet Social Club. Dubaz Brothers was briefly closed in 1917 due to America entering World War I, as George and John Dubaz had enlisted in the US Army.

Dubaz Brothers was reorganized and reopened in 1919, after the family purchased the Valpino Crab Shop. Doffie Dubaz made the decision to leave the business and go into business for himself. By 1927, the brothers had sold the two businesses on Back Bay and a new factory was constructed on East Beach. This factory was constructed on property owned by Ernest Mladinich. The business prospered at this new location and the family built a fleet of eight fishing boats.

The business continued to operate as a new generation of Dubaz children were brought up along the Coast. With the majority of the family now focused on raising their children, George and Luke were the only two who were still in business by 1969. In August of that year, Hurricane Camille destroyed their property on East Beach, and the brothers relocated to Back Bay near where the original location had been.

By November of 1972, after fifty -four years of operation in Biloxi, the brothers sold their processing plant and closed the doors on Dubaz Brothers Seafood. In their nomination of Dubaz Brothers Seafood, the Slavic Benevolent Association lists the business along with several other prominent companies, described as providing “continuing commitment to preserve Croatian ideals of a strong family union, a powerful work ethic and generous service to community.” With these characteristics in mind, there is no question of the positive and important impact that Dubaz Brothers had upon the Gulf Coast and especially Biloxi.